We're proud to announce that MabiPro is back online after the problems we faced two weeks ago! Our databases were alright and everything should be making a full recovery, though during this time some things may not be functioning correctly and we're working to get everything back to normal.

Due to unrelated circumstances, we can no longer use the mabinogi.ir domain, and will now be using mabi.pro instead. For this reason, you will need to download the new MabiPro Launcher version 2.2 to be able to connect to the game. To update your launcher, download the new launcher executable and insert it into your MabiPro installation directory.

We'd like to thank everyone for their patience with these issues we've encountered, and Drahan especially for his perseverance in restoring MabiPro.

The ongoing content poll will soon be concluded and addressed as normal.

Please note that votes are always thoroughly audited and that voting with alts is not allowed.

The first question is about the Ideal Types system in G2. The current system has been criticized for making very specific demands, which may be difficult to fulfill on servers with lower populations. We propose broadening these demands so that they are easier to fulfill.
○∞ Wind tasting of past meeting present. ∞○


QUESTION #8
In the North American localization of Mabinogi, Bebhinn's and Manus's portraits and models were replaced with black versions of the characters. MabiPro is based on the Japanese localization of Mabinogi and uses the original portraits and models for Bebhinn and Manus. Should we use the North American versions instead?
QUESTION #9
Should the rate at which alchemy upgrades are discovered be increased significantly?
QUESTION #10
Should Shyla open a weekly red coin shop, which offers a different group of items every week? The items will be able to be bought individually; not exclusively as a bundle or gachapon.
QUESTION #11
If question 10 is accepted, should Shyla discontinue selling seasonal and commodity gachapon, provided all their items could appear in the weekly shop?
QUESTION #12
Should race restrictions be removed from summoning?
QUESTION #13
Should a red coin bag be added and made available from the auction house? It would take up 2x2 inventory slots and be able to store 2000 red coins.
QUESTION #14
Should conventional gathering give experience?
Question 15 is a purely cosmetic change suggested by some players:


QUESTION #15
Should a human using Ranged Attack always hold their bow vertically, and an elf using Ranged Attack always hold their bow horizontally?
QUESTION #16
Should food items be balanced so earlier ranking items don't outperform later ranking items?
QUESTION #17
Should the duration of all pet timers for Nexon pets be increased by 50%? This change would not affect pets exclusive to MabiPro.
QUESTION #18
Should the Wind Blast skill be adjusted to have damage values present in Nexon's Mabinogi?
QUESTION #19
Should the aim % for long-ranged attacks change colors or flash when it reaches 99%?
QUESTION #20
Should new characters be given a dialog allowing them to choose between recieving the current starter skills, or recieving an AP bonus equivalent to the AP value of the current starter skills?
Feel free to discuss these questions in the comments of this post or on Discord! Voting will begin ingame on June 30, and continue for at least a week.

From 5/5 Until 5/17 the Dragon Boat Racing Event will be taking place.

Head on over to La Terra Highlands, grab an oar, and race against the clock to earn fabulous prizes! 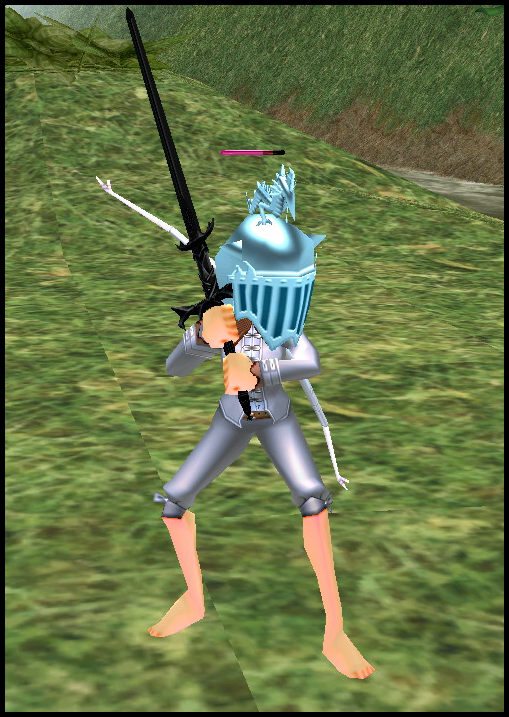 Don't forget, hobgoblins will attack you from all angles and try to hop on your boat to spoil your fun. Take them out quickly! Event Information:
- Event starts at La Terra Highlands Rafting Dock
- Speak to the NPC to receive a dragon boat.
- Up to 8 players can ride on the boat
- Receive a prize for completing the race in under 8 minutes.
- ○∞ Yet below the yearned-for point of ruby finality. ∞○

The new Avon Theater Mission, "A Bone to Pick" has been enabled!

Join Horatio in his travels as he is beset by foreign undead while returning from his battles abroad.
He is a skillful fighter and knows how to take care of himself, but watch out - his Windmill does not discriminate between friend and foe!
Defeat several waves of skeletons, rats, and other mysterious denizens of the sea until a surprising and slippery boss might appear.
Up to 3 players can participate. The pass will appear in the Play Script Crafting along with the others.

"The Orient Village Behind the Dark Mountain" 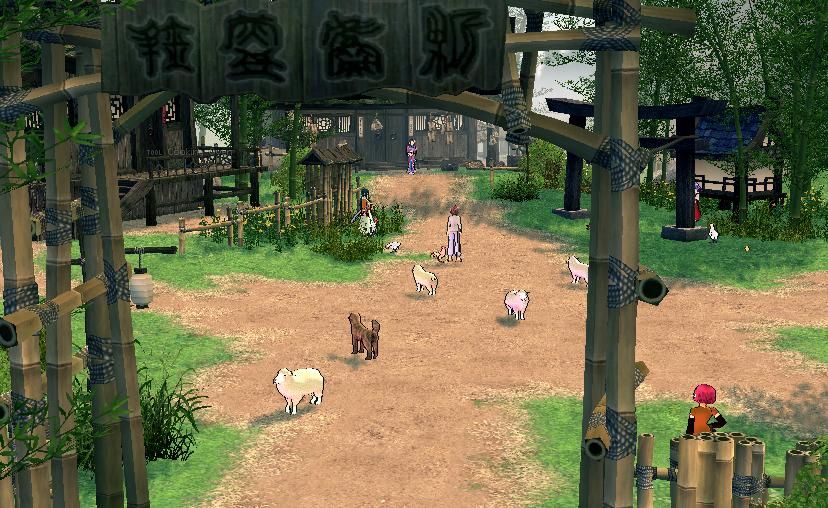 New areas to explore
Two new areas were added into the game. A town based on the unreleased orient area, Kurayama Village, and the brand new wild area, The Bamboo Forest.
Featuring several new and unique items, shops, and even a new pet.

New NPCs to befriend
This update adds 7 new NPCs, each have their own story to tell. Learn more about the village, its people, their history, and even the country they are from by befriending all the villagers!

How to visit the village
At level 30 players will receive a quest leading them to the village.
There's now a 33% chance that Ciar Normal will have a 4th optional floor. This floor will take you directly to the village.
During the weekends an NPC will enter the Ciar dungeon lobby and offer an escort service, taking players to the village for 20,000 gold.
You may also find a dungeon pass in Ciar Normal that'll lead you to the village.

Enhance your fantasy life with the new chicken pet!
Rarely when gathering eggs from a hen, a fertilized egg will pop out instead!
Crafting and using the new Incubation Scroll item with this egg in your inventory will help it hatch.
Of course, there's a lot more to it than that!

Beware of entering the forest at night.

As with other updates please bear with us in the event of bugs or balance challenges, GMs are standing by to address these as soon as we can.